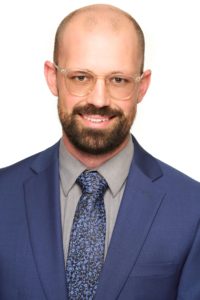 Barnhouse Keegan Solimon & West LLP (“BKSW”) is pleased to announce that Jesse Heibel has joined the firm as an associate attorney.

Jesse is a graduate of the University of Nebraska at Omaha and University of Colorado Law School in Boulder, Colorado.  Jesse began his career in Colorado where he worked both as an attorney for a national Indian law firm and as an attorney for a major research center focusing on natural resources, energy, and the environmental issues in the western United States.  In these roles, Jesse gained years of experience representing tribal clients in all areas of Indian law, including civil litigation; water law; energy law; health law; and commercial, tax, and employment law.

Through Indian Law, Jesse can pursue his goals of using the law to make a tangible difference in people’s lives.  Jesse enjoys representing tribal sovereign governments and practicing Indian law because it touches every imaginable area of the law.  This not only makes each day interesting but helps meet the unique demands and legal issues of tribal clients.

BKSW is excited for Jesse to join its team.  In addition to Jesse’s comprehensive knowledge of the law, he has also made impressive written contributions in Indian law, including his 2018 co-authored publication in the University of Colorado Law Review, Standing Rock, the Sioux Treaties, and the Limits of the Supremacy Clause.  When asked what he likes about writing, Jesse says: “it is a process of self-examination that can always be improved upon.  Whether its persuasiveness, use of citations, or just general grammar, there are always ways in which an attorney can develop their legal writing skills to become a more effective advocate for their clients.”  BKSW could not agree more.

While not necessarily new to Albuquerque, this is the first time Jesse has lived in Albuquerque.  While Jesse loves New Mexico green chile, he is also a big fan of red chile.  Jesse enjoys hiking, biking, and being outdoors as well as preparing new recipes for his partner Hannah.  Although apprehensive, he also likes watching for tarantulas that migrate in the northern Albuquerque area, including through his house, during the fall for their mating season.