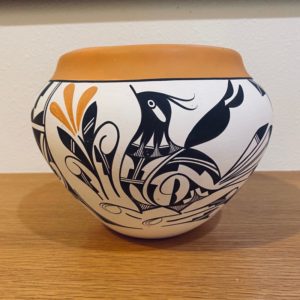 Many of our tribal clients have a long history of entrepreneurship and for centuries, have participated in large and complex trading networks exchanging goods, establishing social ties, and engaging in trade as part of their tradition and tribal culture. The federal government recognized the significance of commerce in relations between tribal nations in the early years of the United States and ensured its own exclusive relationship with tribes through the Indian Commerce Clause of the United States Constitution and other federal statutes.

Today, there are strong federal laws and policies that embrace tribal economic independence and recognize tribal sovereign rights to move goods to and from tribal lands. See Native American Business Development, Trade Promotion, and Tourism Act, 25 U.S.C. § 4301(a)(4) (confirming the right of tribes to enter into contracts and trade freely as “consistent with the principles of inherent Tribal sovereignty.”). These economic activities are a core element of tribal self-governance. See Indian Self-Determination and Education Assistance Act, 25 U.S.C. § 5301(a)(2).

Despite these federal laws and policies, tribal nations, tribally-owned businesses, and tribal members often find themselves challenged by extraterritorial taxation and regulatory authority asserted by states and their political subdivisions.

Our firm has worked for decades with our clients on efforts to oppose state tax and regulatory encroachment into tribal economic activity.  In the past year alone, we submitted two “friend of the court” briefs to the United States Supreme Court supporting challenges to state taxation on tribal lands. These briefs were filed on behalf of the Inter-Tribal Trade Consortium, which is a group of tribes, tribal corporations and tribal members working to secure the historic right of tribes to trade with each other and develop their own tribal land, territory, and reservation-based economies free of improper regulation by the states and other entities. See Brief for Flandreau Santee Sioux Tribe, Twenty-Nine Palms Band of Mission Indians, et al. as Amicus Curiae Supporting Petitioners, Big Sandy Rancheria Enterprises v. Bonta, No. 19-16777 (Dec. 6, 2021) (arguing centrality of intertribal trade to indigenous economics and culture); see Brief for the Twenty-Nine Palms Band of Mission Indians, the Fort Independence Tribe of Paiute Indians, et al. as Amicus Curiae Supporting Petitioners, Albrecht, et al. v. Riverside County, No. 21-1298 (April 21, 2022) (arguing authority of tribal governments to tax non-Indians on privileges derived from tribal lands). We are also assisting clients at the federal legislative level to ensure that inter-tribal trade is considered as new legislation is being developed.

BKSW is committed to protecting and promoting economic development and markets on tribal lands, territories, and reservations. Our work and client base reflects these commitments.

If you are a tribe, tribal corporation and/or tribal member and would like to learn more about the Inter-Tribal Trade Consortium, please reach out to Jesse Heibel at jheibel@indiancountrylaw.com.