On March 15, 2021, the United States Senate voted to confirm Debra Haaland, a 35th generation New Mexican and enrolled citizen of the Pueblo of Laguna, as the 54th United States Secretary of the Interior.

The vote concluded with 51 Senators “for” and 40 “against” with support not only from Democratic Senators, but also from Republican Senators Susan Collins, Lisa Murkowski, Dan Sullivan and Lindsey Graham.

Where once there had never been a representative of Indian country, now stands Crushed Turquoise in a position to serve all Americans. 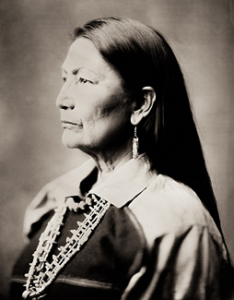 During her tenure, Secretary Haaland will be asked to pave a difficult path.  When she served in the House of Representatives, then-Representative Haaland was recognized as a progressive force.  In early 2020, she sponsored H.Res. 835, a bill that, were it to have become law, would have set the country on a path to protecting and conserving 30% of its land and 30% of its oceans by 2030.  As a member of President Biden’s Cabinet, though, Secretary Haaland has committed to find ways to work cooperatively with all members of Congress to balance America’s energy interests, including fossil fuels.

we must engage tribal nations with an all-of-agency approach because for far too long, Indian issues were relegated to just the Indian Affairs bureaus. If we’re going to make sure that tribal communities thrive, that tribal sovereignty is respected and strengthened, and if we are truly to repair our nation-to nation-relationships, then that means every bureau and every office needs to be thinking about our obligations to Indian tribes across the country