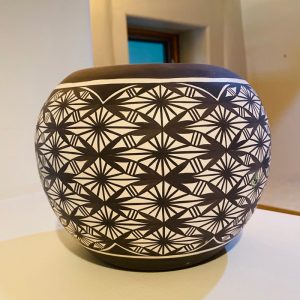 Indian Nations codify various tribal classifications within their constitutions and laws.  Such actions are exercises of self-government and exemplify the inherent sovereign powers that federally recognized tribes retain.  For example, the right of an Indian nation to define its own membership requirements “has long been recognized as central to [tribal] existence.”  Santa Clara Pueblo v. Martinez, 436 U.S. 49, 72 n.32 (1978).  Like tribal membership, a Tribal Employment Rights Ordinance (“TERO”) is another form of tribal classification law and act of tribal sovereignty.

TEROs are conceptually similar to the federal Indian preference laws that date back to at least 1834, but are established instead by tribal governments.  Morton v. Mancari, 417 U.S. 535, 541 (1974) (stating federal policy according some hiring preference to Indians in the Indian service dates at least as far back as 1834).  Preference laws can substantially improve economic opportunities for tribal members and their businesses.  A TERO allows an Indian nation to benefit its labor force by imposing hiring preferences, requiring training programs for tribal members, creating funds for tribal employment programs, and establishing enforcement for violations of an Indian nation’s TERO.  However, when businesses operate both inside and outside Indian Country, a complicated cross-jurisdictional analysis is required.

As our clients have expanded commercially and geographically over the years, Barnhouse Keegan Solimon & West LLP has seen an increase in inquiries concerning the application of TEROs.  The legality of applying TEROs depends on a host of factors, including but not limited to, geography, contractual relationships with an Indian nation and federal funding.  Generally, TEROs apply within “Indian country” (as defined by 18 U.S.C. § 1151) but not outside of “Indian country,” because state law has been held to apply to Indian nations outside of Indian country.  Mescalero Apache Tribe v. Jones, 411 U.S. 145 (1973).

Many legal complexities have arisen as a result of various and sometimes inconsistent federal, state, and tribal court holdings on application of an Indian nation’s TERO on a business entity.  For a business entity considering whether it is required to comply with an Indian nation’s TERO, some of the factors include the location of the business and where it is transacting business, relevant treaty rights, federal funding, and the business’s relationship with the Indian nation.  Application of TEROs often involves a choice of law analysis, and multiple sovereigns may compete for jurisdiction.

Ultimately, geographical considerations may be the first of many important factors to examine whether TERO’s apply to business activities.  Generally, businesses operating on reservation should comply with an Indian nation’s TERO in performance of those activities.  However, complexities quickly arise as businesses expand their business and as tribal commercial activities grow.  Barnhouse Keegan Solimon & West is well-versed in these matters and has extensive experience with tribal, federal, and state laws pertaining to tribal and/or Indian preference.  Our firm has advised many business entities on these important matters, and we are here to answer your questions.