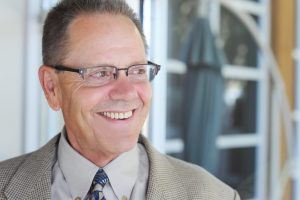 When Karl E. Johnson, one of the founding members of our law firm, passed on Monday June 3, 2019, we lost a great lawyer, friend and person.  Even though it has been over a year, we continue to think of Karl often, and remember him fondly as we work to ensure the firm continues his vision through our practice.  We provide the following in dedication of Karl and as a statement of recommitment by our law firm to Karl’s passion – serving Native people and Indian Nations.  We also remind all who are inspired by him of the opportunity to donate to the Karl E. Johnson Indian Law Scholarship (see below).

Karl E. Johnson, Jr., was born in Oklahoma City on April 28, 1948.  The start of Karl’s many accomplishments began in high school where he and his longtime debate partner Liz Herring (now Senator Elizabeth Warren) won the Oklahoma state championship in 1966.

After high school, Karl attended Williams College in Williamston, Massachusetts on a full scholarship, but was forced to leave Williams because of his political activities.  Karl continued his undergraduate education at Central State University in Edmond, Oklahoma, and at the University of Oklahoma in Norman, where he graduated in 1970 with a B.A. in philosophy.  Karl earned his J.D. in 1979 from the University of Oregon School of Law in Eugene, where he graduated first in his class.

Karl began his legal career in 1979 at DNA – People’s Legal Services on the Navajo Nation, working primarily in the area of consumer litigation.  In 1981, he joined the faculty at the University of New Mexico School of Law, where for six years he taught courses in federal Indian law, commercial transactions, sales, business associations and jurisprudence, and supervised student transactional and trial work in the law school’s clinical education program.  He twice and consecutively received the law school’s Outstanding Professor award.

Another founding member of our law firm, Randolph (“Dolph”) H. Barnhouse, and current New Mexico Governor Michelle Lujan Grisham, both were students of his at the University of New Mexico School of Law while Karl was a professor.

In 1987, Karl decided to open his own general civil practice, then in 1991 he became Executive Director of the then-New Mexico Bar Foundation, which is now the Center for Civic Values.  In 2000, Karl joined the Law Offices of Thomas E. Luebben and began practicing Indian Law.  In 2006, Karl, along with Mr. Barnhouse and Mr. Luebben, founded Luebben, Johnson & Barnhouse LLP, which became Johnson Barnhouse & Keegan LLP in 2013 and is now known as Barnhouse Keegan Solimon & West LLP (“BKSW”).

Karl served as managing partner of BKSW from 2003 to 2017.  His practice emphasized commercial, construction, real estate, water rights, taxation and environmental matters, as well as general counsel representation of Indian Nations and tribal business enterprises.  Specifically, Karl worked on water management plans and water settlements, such as the Soboba Settlement Act; and he had extensive experience in land matters, including land claims and fee to trust and trust acquisitions.  Karl spent many hours on behalf of his clients negotiating with numerous United States agencies, like the Army Corps of Engineers and the Bureau of Land Management, as well as with city officials, including the City of Los Angeles.  Karl also argued before the Tenth Circuit in Pueblo of Jemez v. United States, which concerned the Pueblo of Jemez’s aboriginal Indian title to the Valles Caldera National Preserve, participated in the trial of that same case, and advised and guided partner, Christina S. West, in preparation for the closing argument.

Karl, to the highest extent and to every meaning of each word, was an amazing lawyer, a meticulous writer, and a great teacher.  When Karl told us “good job,” we knew for sure we had done a good job.  When a case seemed too challenging, Karl would remind us how lucky we were to be working on such an interesting matter.  Karl could spend hours surviving on cold, sub-par coffee, work long nights, and not blink an eye.  We also smile when we remember his love of Hawai’i, and the numerous trips he took there with his wife Michelle and their family.

While Karl is no longer physically walking our firm’s hallways, Karl will always be a part of us.  Karl helped shape what this law firm is today: a law firm filled with attorneys and staff, with Native and non-Native people all of whom are dedicated to representing tribes, businesses and individuals in all aspects of law affecting Native peoples and Indian Nations.  Last year, we converted Karl’s office, a beautiful space overlooking our courtyard, into our small conference room.  We have already held telephonic hearings there, and it has served as our document and strategy room for another land claim case.  Karl would be proud!

Karl and his teachings and stories are remembered by each person he encountered, and our firm is so honored to have had worked with such a great lawyer and person.  For more about Karl’s life, see his obituary published at Indian Country Today, the State Bar of New Mexico, and Albuquerque Journal.