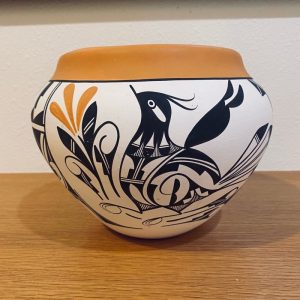 Mendoza began in the New Mexico State Workers’ Compensation Administration (“WCA”) when an employee of Isleta Resort & Casino, an entity of the Pueblo of Isleta, filed an untimely worker’s compensation claim with her employer, which was denied.  Rather than appeal that decision within the tribal system, the employee chose to file a claim with a different forum, the WCA.  After filing her claim in the WCA, Barnhouse Keegan Solimon & West LLP (“BKSW”) entered a special appearance on behalf of Isleta Resort and its insurers to contest the WCA’s jurisdiction over an on-the-job injury that occurred within the Pueblo’s sovereign jurisdiction.

At the New Mexico Supreme Court, BKSW was successful on all three questions presented: (1) Whether the Pueblo of Isleta, in entering the 2015 Indian Gaming Compact (“Compact”), expressly and unequivocally waived its tribal sovereign immunity to permit jurisdiction shifting of workers’ compensation claims originating on tribal land to the WCA; (2) whether the employee as a non-party to the Compact, can challenge the Pueblo’s compliance with the Compact; and (3) whether Isleta Resort, an entity of the Pueblo of Isleta, is indispensable to a lawsuit against its workers’ compensation insurers.

The Court held: (1) the Compact, negotiated pursuant to the Indian Gaming Regulatory Act and entered into by the State of New Mexico and the Pueblo, did not have any jurisdiction shifting language or any express and unequivocal waiver of the Pueblo’s sovereign immunity that would allow an employee to pursue a claim originating on tribal land with the WCA; (2) no private right of action exists for the employee, who was not a party to the Compact, to enforce the terms of the Compact; and (3) the Pueblo is an indispensable party to an action against its insurer and cannot be joined because sovereign immunity protects the Pueblo from litigating in state court.

The Court commented on the Pueblo’s obligation under the Compact to provide employee benefits, including workers’ compensation coverage to its employees, which as argued in this case, the Pueblo does have a worker’s compensation program and an appeal process for its employees, including those of Isleta Resort. While there are still ongoing disputes in the WCA over claims originating on tribal land, the New Mexico Supreme Court has reaffirmed the tribe’s sovereign immunity in this matter and reiterates that federal law prevents states from redefining the doctrine of tribal sovereign immunity.

At its core, this case was about the Pueblo of Isleta’s inherent tribal sovereignty — its right to apply its own workers’ compensation program to its own employees and the right to enforce that program in its own forum, … This opinion recognizes and respects this important sovereign right.

The entire Opinion can be found here.

Listen to the oral arguments here.